This year, to mark the 70th anniversary of the British North Greenland Expedition, TUDOR is presenting the Ranger model, a tool watch celebrating the spirit of this daring adventure, complete with Manufacture Calibre MT5402, a 39-millimetre case and a clasp with rapid adjustment system.

It was on 8th July 1952, that the British North Greenland Expedition left Deptford, an area on the banks of the Thames in London, for a two-year scientific mission studying ice sheets in Greenland. Equipped with the brand-new Oyster Prince model, TUDOR’s first watch that was both automatic and waterproof, the members of the expedition, mainly British scientists and sailors, conducted in-depth glaciological and seismic surveys at several sites. TUDOR also asked them to gather performance data for the 30 Oyster Prince watches that would be worn under extreme conditions. It is the adventurous spirit of these pioneers of arctic exploration that the latest addition to the Ranger line celebrates, offering an affordable combination of state-of-the-art watchmaking technology and historic aesthetics.

The history of the Ranger name dates back much further than the British North Greenland Expedition. Although the TUDOR watches used by its members from 1952 to 1954 never bore this inscription on their dials, subsequent Ranger models have perpetuated the concept of the expedition watch, a robust, practical, and affordable instrument, born at TUDOR during this time.    The origins of the TUDOR Ranger family date back to 1929. This was the year when Hans Wilsdorf registered the “Ranger” name, three years after registering the “The TUDOR” trademark. At the time, the name was not used to indicate the model specifically, but instead to add an adventurous aspect to certain watches in the TUDOR collection. The aesthetics that we now recognise as the Ranger didn’t appear until the 1960s, with its large Arabic numerals, generously coated with luminescent material at 3 (for models without the date), 6, 9, and 12 o’clock, as well as its uniquely designed hands.   Offered in a number of variations over the course of its history, examples existed with and without the date, with automatic or manual winding and initially with the TUDOR rose logo followed by the shield on its dial. As early as 1973, a version of the Ranger was made with an integrated bracelet under the name “Ranger II”.

THE SPIRIT OF A TOOL WATCH

The new Ranger model respects the aesthetic standards established in the course of its history, especially its dial with Arabic numerals at 3, 6, 9 and 12 o’clock, whilst incorporating new state-of-the-art technical elements, in particular a high-performance Manufacture Calibre and a TUDOR “T-fit” clasp with rapid adjustment system. It continues, within the TUDOR collection, the tradition of the expedition watch, born with the Oyster Prince watches used by the members of the British North Greenland Expedition. The tradition of a robust, practical, and affordable instrument.   To echo this functional heritage, the 39-millimetre case and the bracelet of the Ranger are satin-brushed, creating an overall matt finish, in the purest spirit of a “tool watch”. Some elements, however, are polished to strengthen the lines of the case, including the inner edge of the bezel. As for the dial, an attentive eye will notice a detail of historic influence, hour markers painted in luminescent material. Beige in colour, they perfectly contrast with the grained, matt black dial and match the tone of the TUDOR shield logo and inscriptions. The arrow-shaped hands, rounded for the hours hand and angular for the seconds hand, are characteristic of Ranger aesthetics, with a novel touch, the tip of the seconds hand in burgundy.

The Ranger model is equipped with Manufacture Calibre MT5402. Its construction has been designed to ensure robustness, longevity, reliability and precision due to its variable-inertia balance, which is held in place by a sturdy traversing bridge with two points of fixation. Thanks to this balance and the non-magnetic silicon balance spring, the Manufacture Calibre MT5402 has been certified as a chronometer by the Official Swiss Chronometer Testing Institute (COSC), with its performance going beyond the standards set by this independent institute. In fact, where COSC allows an average variation in the daily running of a watch of between -4 and +6 seconds in relation to absolute time in a single movement, TUDOR insists on between -2 and +4 seconds’ variation in its running when it is completely assembled. Another notable feature is that the power reserve of the Manufacture Calibre MT5402 is “weekend-proof”; that is to say about 70 hours, which enables the wearer to take the watch off on a Friday evening and put it back on again on Monday morning without having to wind it.

The fabric strap is one of the hallmarks of TUDOR, who, in 2010, became one of the first watchmaking brands to offer it with its products. Woven using a traditional method on 19th-century Jacquard looms by the Julien Faure company in the St-Étienne region of France, its manufacturing quality and comfort on the wrist are unique. In 2020, TUDOR celebrated ten years of collaboration with the hundred-and-fifty-year-old Julien Faure company. The partnership began with the launch of the Heritage Chrono, the first model fitted with a fabric strap created by the craftsmen, at Baselworld 2010.

For the Ranger model, TUDOR chose an olive-green bracelet with two red stripes and one beige stripe woven by the craftsmen.

The Ranger is also offered with an entirely satin-brushed steel bracelet, with the TUDOR “T-fit” clasp equipped with a system for rapid length adjustment. Easy to use, requiring no tools and offering five positions, this practical system allows wearers of the TUDOR Ranger to carry out a fine, instant adjustment of the total length of the bracelet along an adjustment window of 8 mm.

Finally, a third bracelet option is offered, in natural rubber and fabric-like textured black leather, with beige topstitching and a folding clasp.

The British North Greenland Expedition represented a seminal moment for TUDOR and its tool watches. In fact, this was one of the very first long-term tests, under real-world extreme conditions, implemented by the brand. The members of the expedition monitored variations in the precision of their Oyster Prince watches compared to the hourly signals emitted by the BBC, and recorded them in notebooks specifically provided for this purpose. In light of the expected temperatures, the TUDOR watches sent for this project were specially lubricated with “arctic” oil and provided with bracelet extensions so the watches could be worn over the sleeves of the parkas. Upon returning from Greenland, one of the members of the expedition wrote in a letter to TUDOR, which has been preserved in the brand’s archives, that his watch “maintained remarkable precision” and that “at no time did it need to be rewound by hand”.

This approach to testing, termed “destructive”, where the watch is evaluated in the field by professionals under extreme conditions, echoes the theme of TUDOR’s first large-scale advertising campaign launched in 1952. Such testing steered the development of a number of the brand’s tool watches. This notion of robustness remained at the heart of the TUDOR philosophy as evidenced in particular by its branding over the following decades, always focused on technical performance under difficult conditions rather than on questions of aesthetics or prestige status. At the beginning of the 1970s for example, in a TUDOR catalogue, the Ranger model was presented on the wrist of a woodcutter who “chose his watch with the same care as his chainsaw”.

Since its creation by Hans Wilsdorf in 1926, and in line with his vision of an ideal watchmaking product, TUDOR has never stopped producing the most robust, durable, reliable and precise watches in existence today. Bolstered by this experience and confident in the superior quality of its watches, especially those tested on the ice fields of Greenland, TUDOR offers a five-year guarantee for its entire collection. This guarantee does not require the watch to be registered or submitted for periodic checks and is transferable.

Here at Prestons, across each of our showrooms, our dedicated teams are at your service to help you choose the perfect watch for you. If you would like to appointment to view the new TUDOR Ranger, please contact your nearest showroom.

More from Inside Prestons...

From detailed interviews with our watch specialists, to advice on choosing the perfect diamond engagement ring, our features page includes a selection of articles and guides for you to explore.

A Voyage Into the World of Rolex 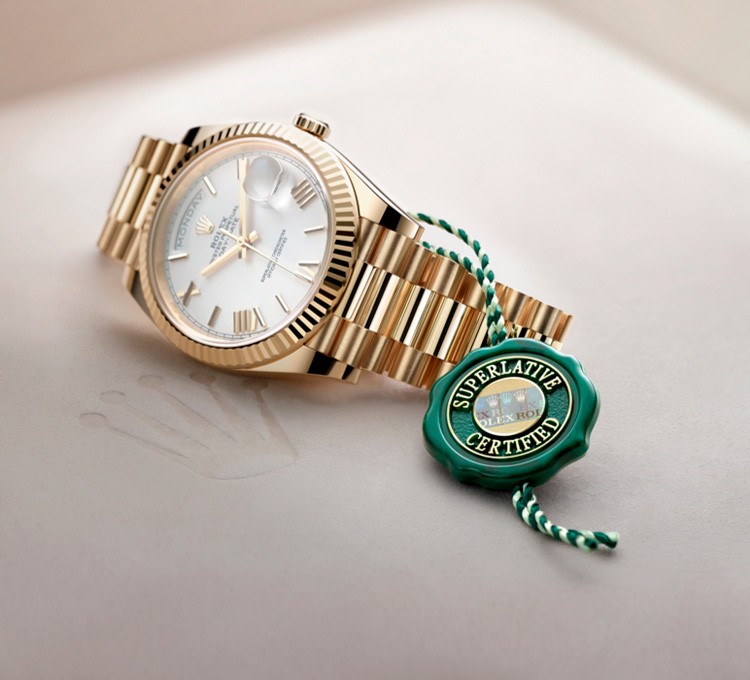 Hans Wilsdorf was firmly convinced of a person’s ability to innovate and strive for excellence. More than 100 years after the creation of the brand, the founder’s philosophy is more present than ever, from the manufacturing of the company’s watches to its commitments worldwide. 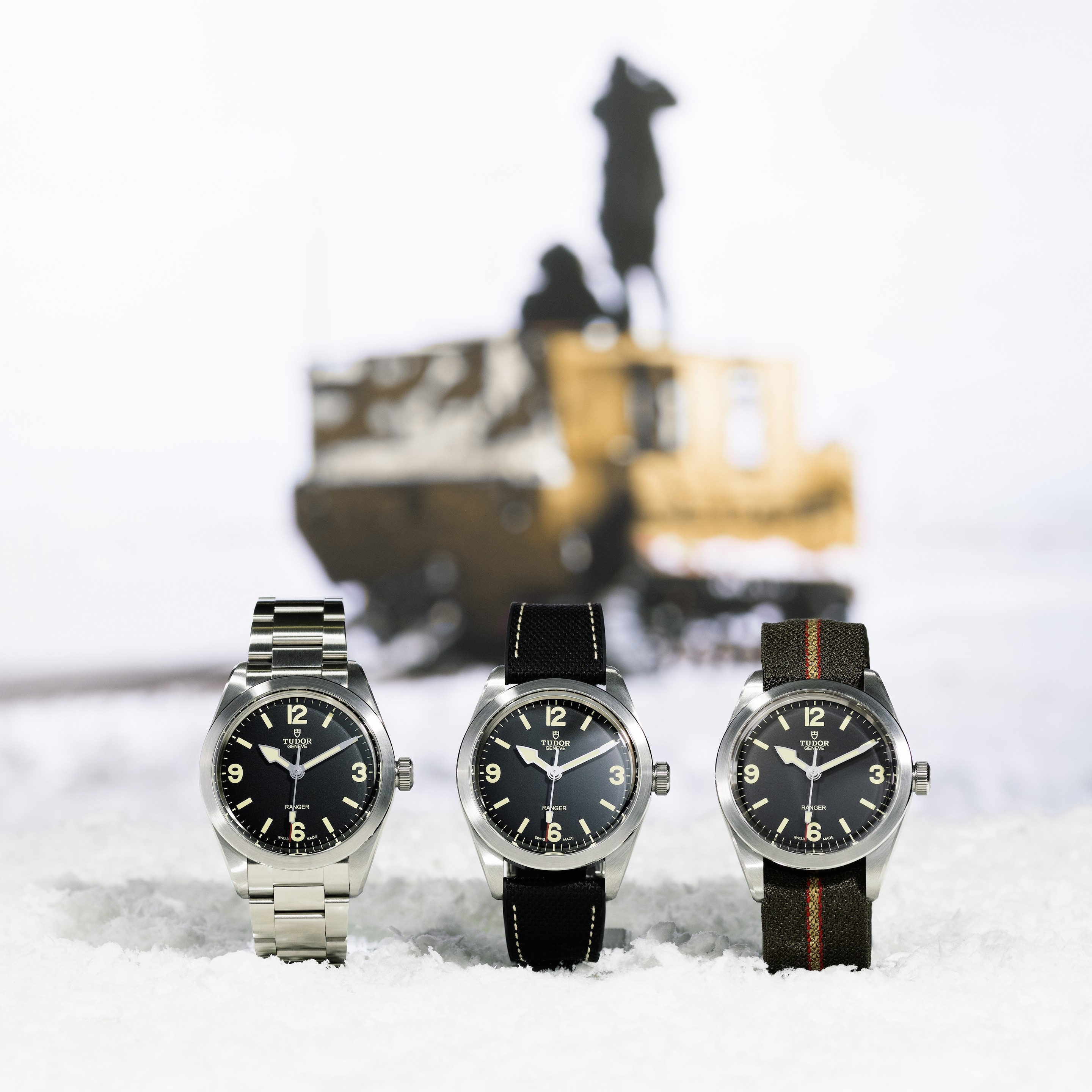 This year, to mark the 70th anniversary of the British North Greenland Expedition, TUDOR is presenting the Ranger model, a tool watch celebrating the spirit of this daring adventure, complete with Manufacture Calibre MT5402, a 39-millimetre case and a clasp with rapid adjustment system. 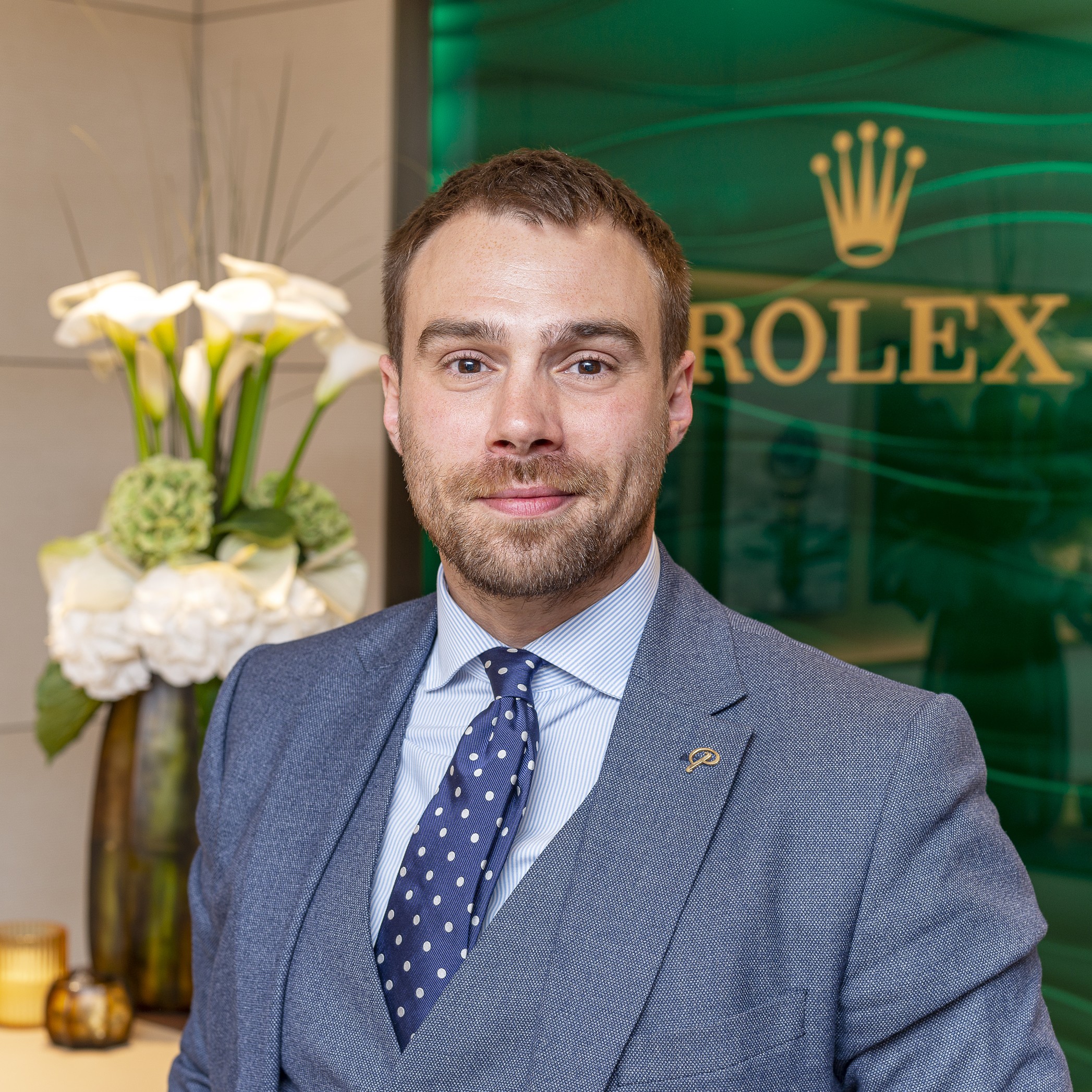 Here, we discuss the relocation of Prestons, the extended Rolex space and the key advice when exploring the Rolex collection.

Our four showrooms in Guildford, Leeds and Wilmslow together showcase the world's finest watch houses in Rolex, Patek Philippe and TUDOR alongside exquisite fine jewellery and bespoke design services.

Throughout the decades’ couples travelled to visit the iconic Prestons of Bolton and it was here that our passion for craftsmanship began.

Our collection includes a comprehensive selection of Rolex, TUDOR and Patek Philippe timepieces to suit any style or occasion.

Our showrooms all offer exceptional levels of service throughout your journey with Prestons, making the experience of shopping with us both memorable and enjoyable. If you have an enquiry regarding our fine jewellery collections, our services or the brands we showcase, please contact your nearest showroom below.

From all at Prestons, we look forward to speaking to you soon.

Over the years generations of families have become customers of Prestons and many have become friends. Today, our teams look forward to welcoming you to our showrooms in Surrey, Cheshire and Leeds.