An Exploration Of TUDOR: The Black Bay Collection

Here, we discover the history behind the TUDOR Black Bay collection and a selection of exceptional models within the collection.

The TUDOR Black Bay is arguably the key model in TUDOR’s heritage line of products and forms the backbone of the brands collection. The TUDOR Black Bay range conveys TUDOR’s genetic heritage and sets the tones of its new aesthetic identity. The unique and pioneering creative process or reinterpreting the brand’s heritage is strongly embodied in the TUDOR Black Bay. An excellent example of the synergy between the past and the present, the TUDOR Black Bay is not just a re-edition of a historical model, but the stylistic quintessence of 60 years of iconic divers watches that creates timepieces which perfectly blend a modern design with impressive performances.

The TUDOR Black Bay Collection was launched in 2012 and is the brand’s latest model in their long history of making cutting-edge and robust diving watches. As a brand, TUDOR started its journey in 1926 as a physical manifestation of Hans Wilsdorf’s idea to create a high-quality wristwatch at an accessible price.

“For some years now, I have been considering the idea of making a watch that our agents could sell at a more modest price than our Rolex watches, and yet one that would attain the standard of dependability for which Rolex is famous. I decided to form a separate company, with the object of making and marketing this new watch. It is called the TUDOR watch company.” - H. Wilsdorf

This came to fruition shortly after, when in 1947, the TUDOR Oyster (reference 4463) was launched. A 34mm Oyster case harboured the mechanical calibre 59 with an anti-shock system, which formed an altogether robust and reliable timepiece. TUDOR went from strength to strength in the early 1950s when in 1952 launched the TUDOR Oyster Prince, the first TUDOR watch to feature the unique waterproof oyster case and a self-winding perpetual “rotor” mechanism. This was a monumental steppingstone in an ongoing journey for TUDOR to create some of the best divers’ watches in the industry.

In 1954, the brand’s first divers’ watch was created in the shape of the TUDOR Oyster Prince Submariner (reference 7922). Designed to be in line with the ideology behind the brand, the TUDOR Oyster Prince Submariner fulfilled the exceptional criteria of reliability, durability, waterproofness (up to 100 metres) and precision. All of that was offered at a moderate price, which made it an instrument of choice for professionals.

Today, this statement still remains valid and the Black Bay collection features modern tool-watches that professionals around the world choose because of their robustness and specific features. From the pilot’s GMT, to the racer’s Chrono, the Black Bay range consists of many different variations. Here, we will explore a few members of this iconic collection further.

Launched in 2018, the TUDOR Black Bay GMT features the first ever, in-house manufacture GMT calibre, the MT5652. It’s multiple time-zone function, also known as a GMT function, is a highly functional complication making it an instrument of choice for many pilots around the world. As a nod to the early days of this watchmaking function, the Black Bay GMT features the recognisable rotatable bezel, with its deep blue and burgundy colour theme. Additional time zones are indicated by the red “snowflake” hand, which spins around the dial in 24 hours, as well as the bidirectional rotatable bezel that is also calibrated for 24 hours.

With a choice of bracelet type, whether you choose the steel bracelet, the “Terra di Siena” brown leather bracelet or the fabric strap, the TUDOR Black Bay GMT can be customised to match your style and personality.

TUDOR introduced the Black Bay P01 in 2019, a watch based on a legendary prototype developed in the late 60s and proposed to the US Navy. TUDOR has been supplying the US Navy with divers’ watches since the 1950s and in 1967 they began development of a technical model to replace the standard-issued, at that time, Oyster Prince Submariner reference 7928. The new watch needed to meet a set of specifications dictated by the American government and also incorporate the latest research in technology, functionality and ergonomics. The project, which carried the code name “Commando”, never came to fruition as the regular TUDOR diver’s watch, reference 7016, was adopted by the US Navy. Ever since then, the Black Bay P01 model (also referred to as Prototype 1) was kept in the brand’s archives, only to have it brought to life and produced 50 years later.

The P01’s aesthetics stand out with its screw-down crown positioned at 4 o’clock and its unique bezel – a 60-notch, 12-hour graduated steel bidirectional rotating bezel with stop system via a mobile end-link at 12 o’clock.

The TUDOR Black Bay Fifty-Eight “Navy Blue” features the same self-winding, COSC certified Manufacture Calibre MT5402 as the original and shares the exact same 39 mm case, featuring a mixture of satin and polished finishes to the metal. This model is available on either a traditional riveted steel bracelet, blue “soft touch” strap or blue Jacquard fabric strap to suit your style.

A testament to the fact that each and every TUDOR is subjected to a stringent set of tests to ensure its precision and reliability is the brands guarantee policy. Each new TUDOR is issued with a formidable five-year international guarantee which enforces the notion that TUDOR watches are truly built to last.

Our Wilmslow and Guildford showrooms both feature TUDOR and act as the perfect environment to explore the brand’s unique heritage, their pioneering creativity and the exceptional models included in their collection. Whilst our showrooms are temporarily closed, our dedicated teams are still here to support you with digital and telephone enquiries. If you would like to learn more about the TUDOR Black Bay collection or the entire TUDOR collection, please contact our dedicated team here.

More from Inside Prestons...

From detailed interviews with our watch specialists, to advice on choosing the perfect diamond engagement ring, our features page includes a selection of articles and guides for you to explore.

The Audacity of Excellence - The Lady-Datejust 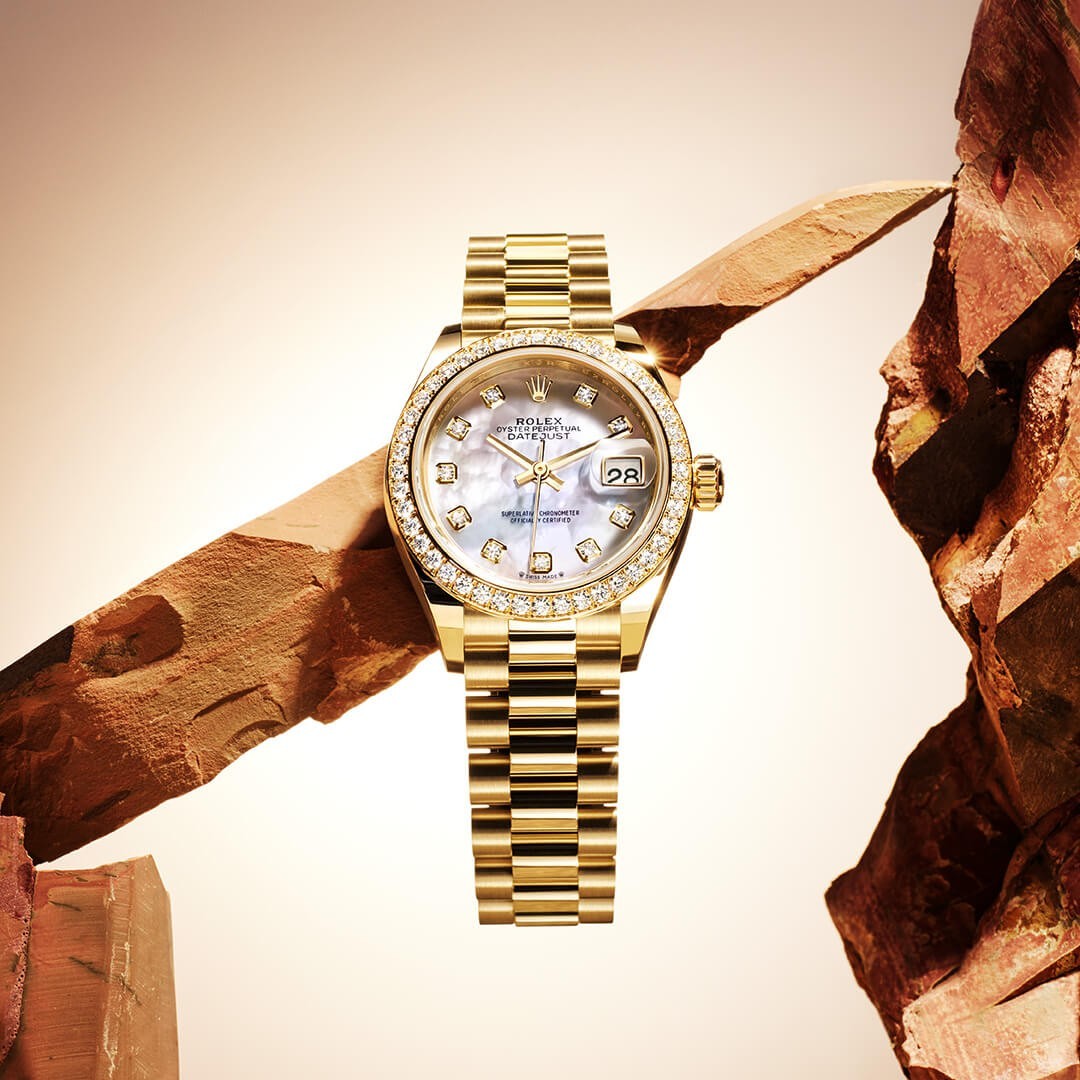 Here, we discover the Rolex Lady-Datejust, a classic women's watch, heir to the Rolex Datejust.

Why choose a Pre-Owned Breitling from Prestons?

Here, we explore what makes a Breitling a compelling choice for your next pre-owned watch.

Here, we interview Chris Haynes, who recently joined Prestons as Pre-Owned Watch Manager and learn more about his experience, his favourite pre-owned watches and his key advice if you are considering a pre-owned wristwatch.

Our four showrooms in Guildford, Leeds and Wilmslow together showcase the world's finest watch houses in Rolex, Patek Philippe and TUDOR alongside exquisite fine jewellery and bespoke design services.

Throughout the decades’ couples travelled to visit the iconic Prestons of Bolton and it was here that our passion for craftsmanship began.

Our collection includes a comprehensive selection of Rolex, TUDOR and Patek Philippe timepieces to suit any style or occasion.

Our showrooms all offer exceptional levels of service throughout your journey with Prestons, making the experience of shopping with us both memorable and enjoyable. If you have an enquiry regarding our fine jewellery collections, our services or the brands we showcase, please contact your nearest showroom below.

From all at Prestons, we look forward to speaking to you soon.

Over the years generations of families have become customers of Prestons and many have become friends. Today, our teams look forward to welcoming you to our showrooms in Surrey, Cheshire and Leeds.