The Rise of Vintage-Inspired Jewellery 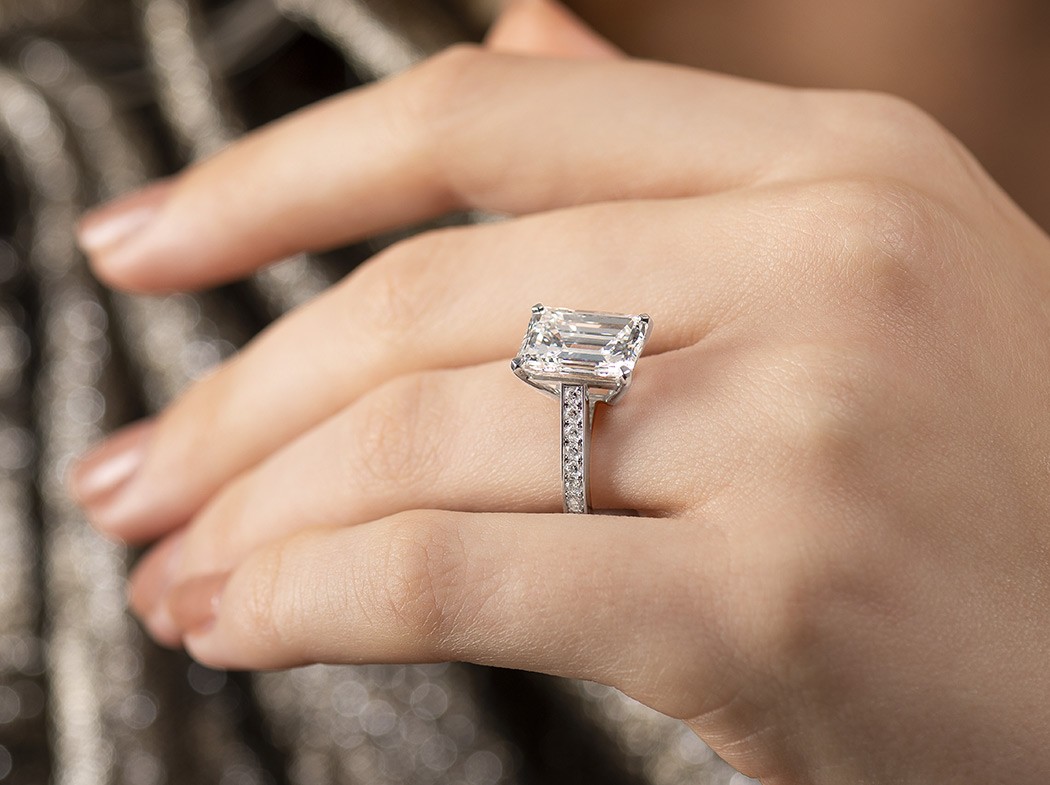 The jewellery industry is, as always, ever changing, and as with every area of fashion, each era in time has its own distinct style and trend.

Yves Saint Laurent once said ‘Fashions fade, style is eternal’ and this is certainly true when it comes to designs in fine jewellery – they simply do not date.

The Victorian and Edwardian era brought about revolutions in jewellery design, introducing styles, stone cuts and setting techniques which have stood the test of time, and demand has soared during this past decade, as ‘vintage inspired jewellery’ has made an impressive come back.

With many more celebrity icons such as Scarlett Johansson, Natalie Portman and Nicole Richie sporting ornate eye-catching deco inspired cluster engagement rings, it’s no wonder demand for the antique look is on the rise.  We’ve listed our favourite in demand engagement ring features that pay homage to designs of the past:

As the name suggests, the ‘cluster ring’ is made up of a number of precious stones clustered together to form one shape, usually a circle, oval or hexagon. The combination is usually found in all diamond, or a coloured gem stone surrounded by smaller round diamonds, as shown in a selection of designs across our bespoke design collection.

Sales for the ‘halo’ design have soared these past ten years, and is now competing with the likes of the solitaire and trilogy as the best-selling style for the UK. The halo design will have one predominantly larger central stone, of any cut or colour, and will be surrounded by a delicate row, or ‘halo’ of much smaller, claw set diamonds, usually round brilliant cut, shown here. The wearer can then choose whether or not to have diamond set shoulders.  The concept is very similar to the original daisy cluster, only the surrounding stones are much smaller in the halo, serving to compliment the central stone.

From the French meaning ‘one thousand grains’, comes a technique rarely used in the Victorian era due to it requiring enormous effort and artistry, and so it was saved only for the most valuable pieces. As jewellers’ techniques evolved, milgrain was more widely used in the Edwardian era, and was a prevalent feature that has become most recognisable for that time. The demand for milgrain today however, or ‘beading’ as it is informally known, has risen considerably this past decade, as consumers are eager to capture that ‘vintage’ look in their modern jewellery.

Today, milgrain is achieved by using a ‘beading tool’ and so it is no longer too much to ask to apply a beaded edge along, quite frankly, almost all of your jewellery. The delicate line of beads adds a texture that seems to reflect the light and so adds a little extra sparkle to the piece. The fine detail is often added today to engagement ring shoulders and diamond set eternity bands, like here, and so pays homage to the ornate Edwardian era even in the most contemporary styles.

The baguette cut diamond, as one might see it cut today, was created in the 1920s and embodies all that is quintessential of that Art Deco period.

The term ‘baguette’ in 1600s French language translates to ‘little jewel’ although the term ‘bague’ today means rod, or stick.  The true origins of the name are still debated today, although both translations are very well suited to the nature of the stone.

Rectangular in cut, it differs from the emerald cut by having only 4 sides from a bird’s eye view, and its slimmer shape, with the length often more than twice the width.  The baguette is very rarely seen as a solitaire focal point of a piece of jewellery, preferring to be more of an accenting stone. Baguettes are usually found cut fairly small in size and offer a different kind of sparkle to the likes of the brilliant cut. When placed together in a cluster or multi-stone piece, it creates different textures and directions of light, allowing for a truly deco inspired look.

The emerald cut is one of the oldest known precious stone cuts and can be dated as far back as the 1500s. It was initially designed for emerald stones, hence the name, as the cutting process applied less pressure than other cuts, and as emeralds are generally included, this reduced the amount of chips and breakages.

The emerald cut, shown here within our engagement collection, diamond ruled between 1920 and 1930, during the Art Deco era, thanks to its sharp edges and clean lines – characteristics much loved in the Deco period. Today, the emerald cut remains a classic cut and a key feature throughout our masterpiece collection.

The marquise cut diamond, famed more recently for being the cut of choice for Sir David Beckham when he proposed to Victoria with a 3ct solitaire, was originally created in the 1700s by the jeweller of King Louis XV. He commissioned the cut to epitomise the lips of his beloved mistress Jean Antoinette Poisson, the Marchioness Madame de Pompadour.

The cut is often referred to as the ‘Navette’ cut, which translates from French into ‘little boat’, and this perfectly describes the unique and distinct elongated shape of the cut.  It is most often set with v-claws, shown here, either side to protect the vulnerable pointed edges.

If you would like further information on vintage inspired jewellery, our features page also includes a variety of articles, such as ‘Making The Cut: Exploring Diamonds’,  ‘A Twist On Tradition: The Perfect Engagement Ring’ or please contact us here.