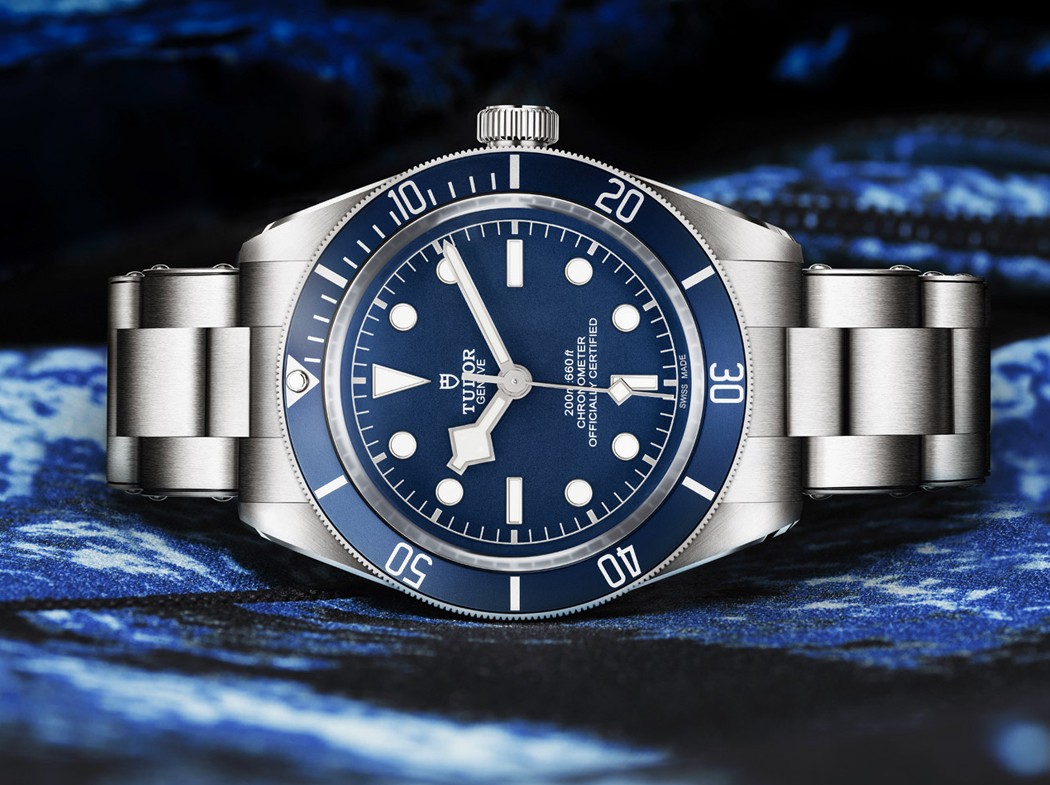 Since its launch in 2018, the Black Bay Fifty-Eight has been one of TUDOR’s best-selling watches. It was a bold move by TUDOR to reduce the iconic 41mm case size of the original Black Bay by 2mm, but it was one that paid off. Now, in 2020, TUDOR intends to break the mould once again by introducing a splash of colour.

In a similar manner to the original Black Bay Fifty-Eight, to understand the true importance and relevance of the introduction of a navy blue dial and bezel, one must delve a little into TUDOR’s unique history.

After the success of the TUDOR Oyster Prince Submariner through the 1950s and 60s, TUDOR decided to move away from certain design aspects influenced by their older sibling, Rolex. In 1969, TUDOR introduced the now dubbed “Snowflake” hands on the TUDOR Oyster Prince Submariner reference 7016 and ever since, they have been a design staple of the entire Black Bay range. More interestingly though, the reference 7016 also introduced a major option to the TUDOR divers watch catalogue, the option of a blue dial and bezel. Another diving watch in the modern TUDOR collection to note here is the Pelagos which is also available with a blue dial and bezel. The collection shows the full extent of the influence that the ref. 7016 has had on the history of TUDOR’s dive watches to date.

Now, in 2020, history repeats itself and much like its predecessor in 1969, where the Black Bay Fifty-Eight “Navy Blue” differs from the original, is in the loss of the GILT appliqués in favour of white gold, giving a more modern feel versus the warmer, vintage aesthetic of the original Fifty-Eight.

The TUDOR Black Bay Fifty-Eight “Navy Blue” features the same self-winding, COSC certified Manufacture Calibre MT5402as the original and shares the exact same 39 mm case, featuring a mixture of satin and polished finishes to the metal. Sitting proudly on the side of the case is the steel winding crown, boasting the now iconic TUDOR rose emblem and when fully screwed down, ensures that the watch can dive to the depths of 200m while remaining completely waterproof. Sat above the new navy blue dial is the same domed sapphire crystal as before and the steel unidirectional bezel now features a navy blue anodised aluminium insert with white markings and numerals, much like the Black Bay Ref. M79230B.

The Black Bay Fifty-Eight “Navy Blue” is backed by TUDOR’s five-year international guarantee and boasts a 70-hour power reserve making the watch “weekend proof”. The collection is available on either a traditional riveted steel bracelet, blue “soft touch” strap or blue Jacquard fabric strap and is currently priced from £2,520.

Our Wilmslow and Guildford showrooms both feature Tudor and act as the perfect environment to explore the brand's unique heritage, their pioneering creativity and the exceptional models included in their collection. If you would like to learn more about the TUDOR Black Bay Fifty-Eight “Navy Blue”, visit us at one of our dedicated showrooms or alternatively, contact us here.

A Pioneering Wristwatch: The Rolex Submariner